I began my day with a morning walk with my dog child.  We walked on Centennial Campus.  Here’s the trail we went down on this gorgeous day! 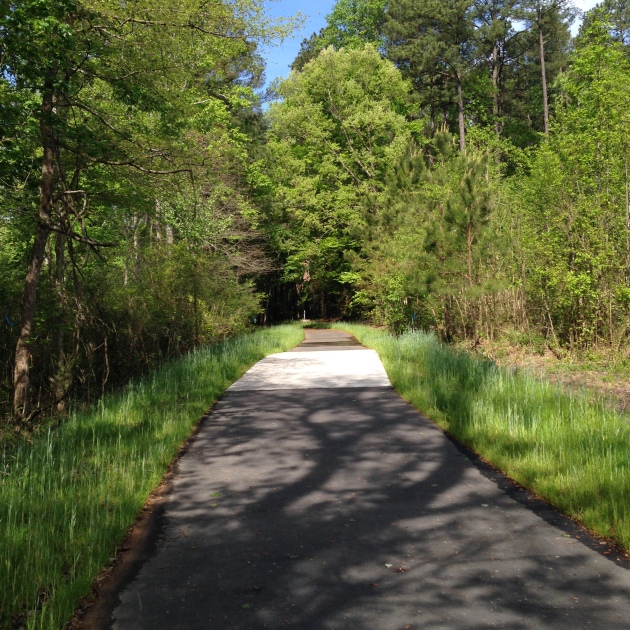 Gabi stopped for a second to nom on some grass.  She loves standing in tall grass.

We walked down to Lake Raleigh through a wooded area.  Gabi’s face was covered in pollen, and I was lucky enough to walk into a spider web.  Unfortunately for you guys, there is no image of that.

Then I met up with Ashley Pants and we went to Brewgaloo in Downtown Raleigh!  We took some selfies because that’s what the anti-socials like us do in public areas.  We have to document that we do socialize at least once every month. :p 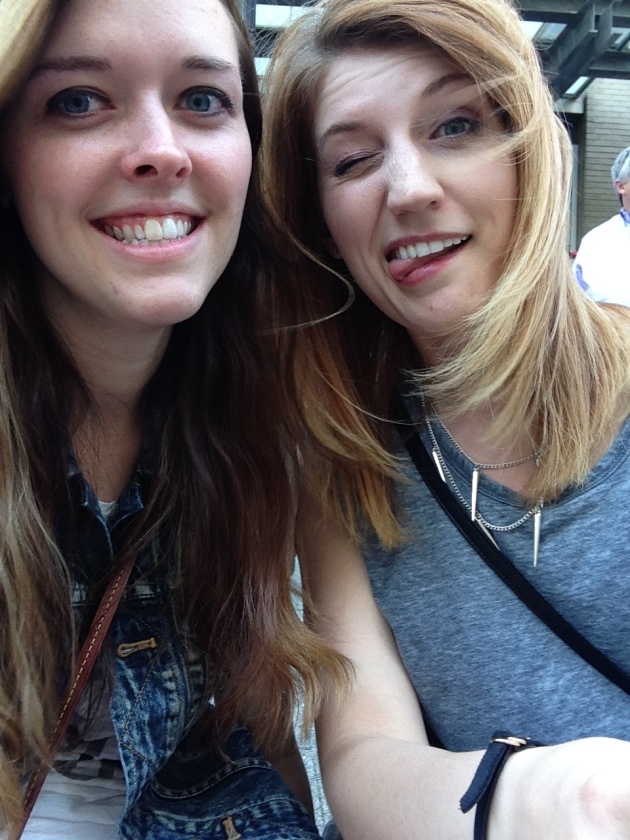 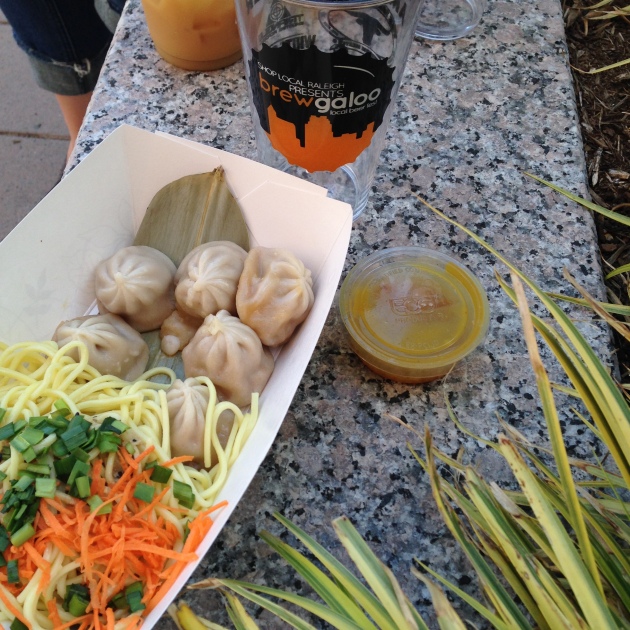 Here is some beer!  Because that’s one of the things Brewgaloo is all about!

These guys are randos that came up to Ashley and I and asked for me to take a picture of them.  With my phone.  So I obliged because at this point, many people downtown were drunkies.  And what do you know, they get featured on our blog because why not?  It was random and part of my day, so yeah. 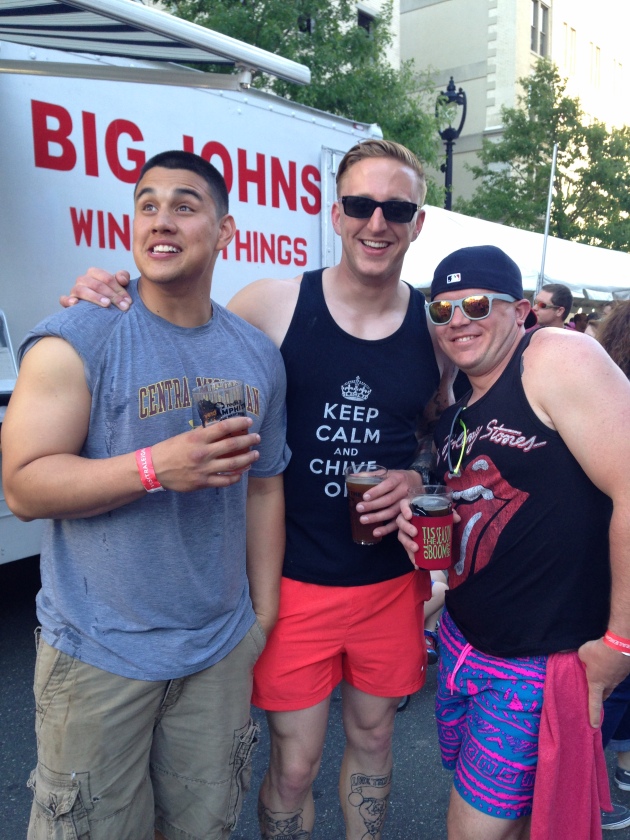 Here’s a token!  With this token, I get beer.  Well, in my case, I got a cocktail made with gin from TOPO, which was fan-freaking-tastic!  And so refreshing.

I purchased two cupcakes from the Not Just Icing food truck, but didn’t eat any of them until I got home.  The Sea Salted Caramel one was so good, but I saved my vanilla with cookie dough for later.

And this was my dinner.  If you know me, you know I don’t like potatoes.  But there was this food truck called Stuft, which makes stuffed baked potatoes, and after trying some from two of our friends, I decided that I needed one!  It’s stuffed with meatballs and cheese.  So nom. 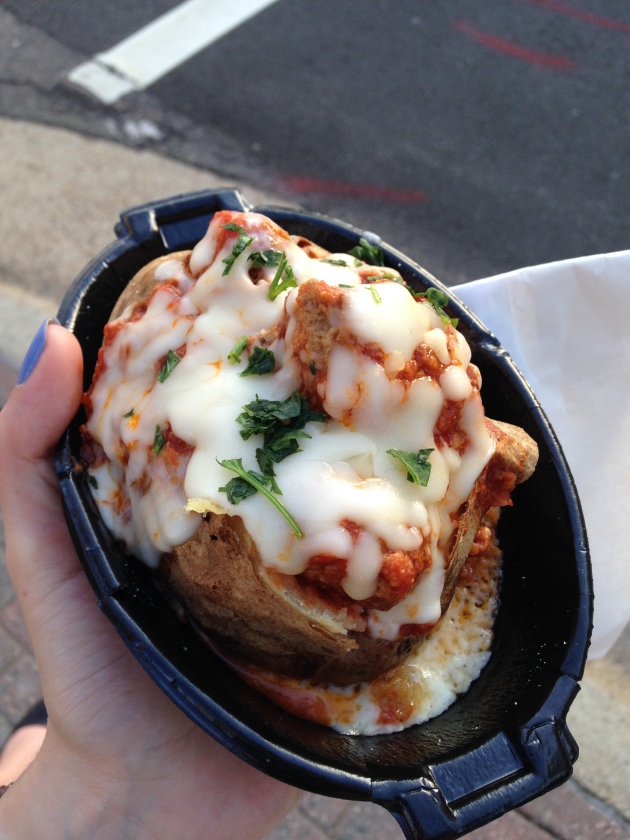 Not a typical Saturday for me, but that’s what I did this Saturday!  Have an awesome week!